A Qur’an stand on display as part of the exhibition. 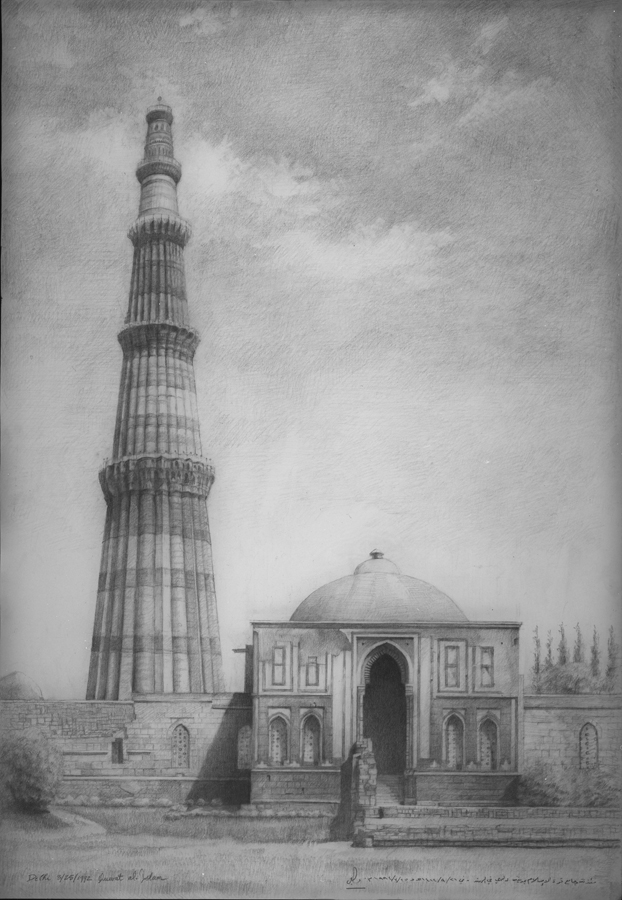 Mosque: Faith, Culture, Community highlights the mosque as the heart of Muslim communities, and the diversity of Islamic culture showcased through art and objects. The museum developed the exhibition in partnership with Christchurch Muslims who are keen to share knowledge, understanding of Islam, and the diversity of those who follow the faith with the wider community.

“Our hope is that in working with local Muslims we have created uplifting experience for our visitors, one that highlights the diversity of Islamic art, architecture and culture,” says Museum director Anthony Wright.

“It is important that we share stories from all parts of the Canterbury community and that we work with those communities in presenting them. We hope that the exhibition will dispel some of the misconceptions about Islam and that visitors will come away with a greater understanding of their Muslim neighbours.”

The first Muslims to arrive in New Zealand, Mahomet and Mindia Wuzerah, and their sons Pero and Mero, came to Christchurch in 1854 from India, working in the household of John Cracroft Wilson in Cashmere. Other Muslims, mostly from China and India, arrived in Otago and on the West Coast during the 19th Century gold rushes.

New Zealand’s first mosque opened in Auckland in 1979 and Christchurch’s first Islamic Centre a year later in a small house in Phillipstown.

The exhibition highlights the role of the mosque as the centre of Islamic religious life and the place where people meet, exchange news, learn and celebrate. In a video made for the exhibition, Muslims who worship at Christchurch’s mosques – Al-Noor, the Linwood Islamic Centre and the Rasul-O-Allah Centre, Bishopdale – talk about what their mosque means to them. Objects on display from the museum collection and the community illustrate the influence of differing cultures on expressions of the Muslim faith.

Anthony adds that the exhibition has been an opportunity to put on display rarely seen Islamic objects from the museum’s collection including a beautifully decorated Qur’an produced in Kashmir, dating back to 1700.

The tragic events of 15 March 2019 are marked by a display of the tributes left outside the Linwood and Al-Noor Mosques and the Botanic Gardens in an outpouring of love, support and solidarity for the victims. The headscarf worn by the Prime Minister, the Rt Hon Jacinda Ardern, during public events at the time is also displayed. She donated it to the museum in late 2019.

Mosque: Faith, Culture, Community also features 33 drawings of mosques drawn on location by internationally acclaimed Syrian-American artist and architect Whabi Al-Hariri Rifai (1914–1994) in the last years of his life. Al-Hariri travelled to 16 countries, from Spain to China, to document the most significant historic mosques of the world. The collection of large graphite drawings, entitled Spiritual Edifices of Islam, depicts the rich diversity of Islamic architecture. They were first exhibited at the Smithsonian Institute, Washington DC, United States of America in 1999 and have been shown at major museums and venues around the world.

The display of Spiritual Edifices of Islam is supported by the Georgetown Design Group, Washington DC.