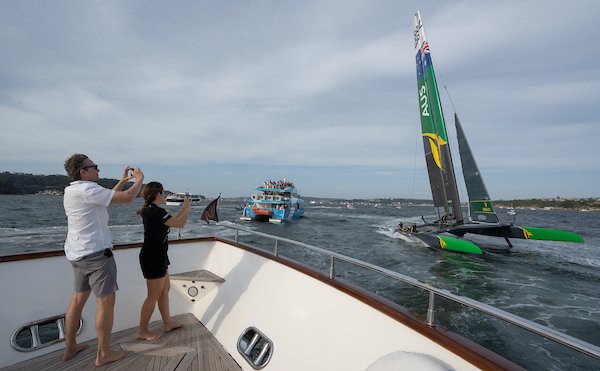 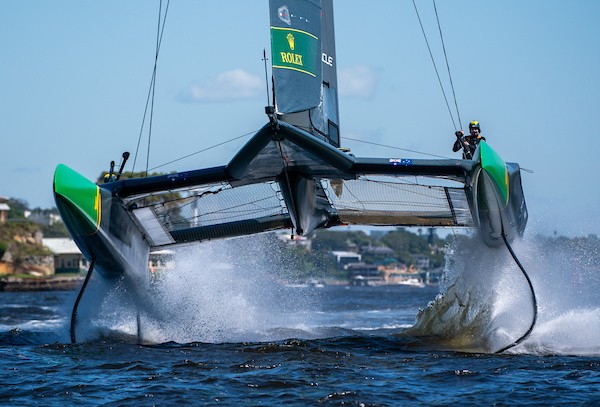 Thrills, spills and speed – what’s not to like! Fan Village tickets for the NZ Sail Grand Prix on Whakaraupō, Lyttelton Harbour in March 2023 sold out in a day but there are plenty of other good viewing spots on the Port Hills and across the water in Diamond Harbour.

There will also be a free fan zone site on the grass in front of Te Pae, in the central city, offering big-screen viewing of live race coverage on the two racing days, March 18 and 19.

“SailGP is one of the world’s most exhilarating racing experiences, with nine teams competing in short, sharp fleet races close to shore, and no shortage of thrills, spills and boat-on-boat action. This will be a totally different format to what Kiwis are used to and we can’t wait to bring it to Lyttelton,” he says.

For those lucky enough to have snapped up tickets, the Fan Village offers a festive race-day atmosphere and grandstand seating just metres from the course. As well as nine identical foiling catamarans hurtling past at thrilling speeds, punters will enjoy live entertainment and a curated offering from some of Christchurch’s best-known restaurants.

Tracey Wilson, ChristchurchNZ’s Acting General Manager of Destination & Attraction says, “Hosting a major international sailing event will be a first for Christchurch and Whakaraupō, Lyttelton Harbour will be a stunning location for this exciting event. We’re excited to show off this beautiful natural amphitheatre to a global audience, for them to see how significant it is to mana whenua and for the city to enjoy the atmosphere, economic benefits and long-term legacy impacts that come with a major international event like the New Zealand Sail Grand Prix.”

With all eyes on Whakaraupō, Lyttelton Harbour, the New Zealand Sail Grand Prix will mark the 10th event of the Season 3 calendar and the final stop before teams make their way to San Francisco for the Grand Final.

New Zealand SailGP Team Driver Peter Burling says he and the team are fizzing to come down. “Lyttelton is a world-class sailing destination and shaping up to be one of the most exciting venues on the SailGP calendar, with amphitheatre style seating and some of the best on-land viewing you can get.

“It’s been awesome to see so much momentum building behind the team and we can’t wait to get back out there and race in front of fans at home,” he says.

Te Hapū o Ngāti Wheke Rāpaki hold guardianship over the harbour and have worked closely with ChristchurchNZ and SailGP to bring the event to life.

SailGP is the first climate-positive sports and entertainment event and will be 100 percent powered by clean energy by 2025. The championship is built on renewable energy – powered by wind, water and human strength. The group behind smooth Kiwi singalong anthems ‘Fish in the Sea’ and ‘Wandering Eye’ have just announced two live shows and free limited-time ...