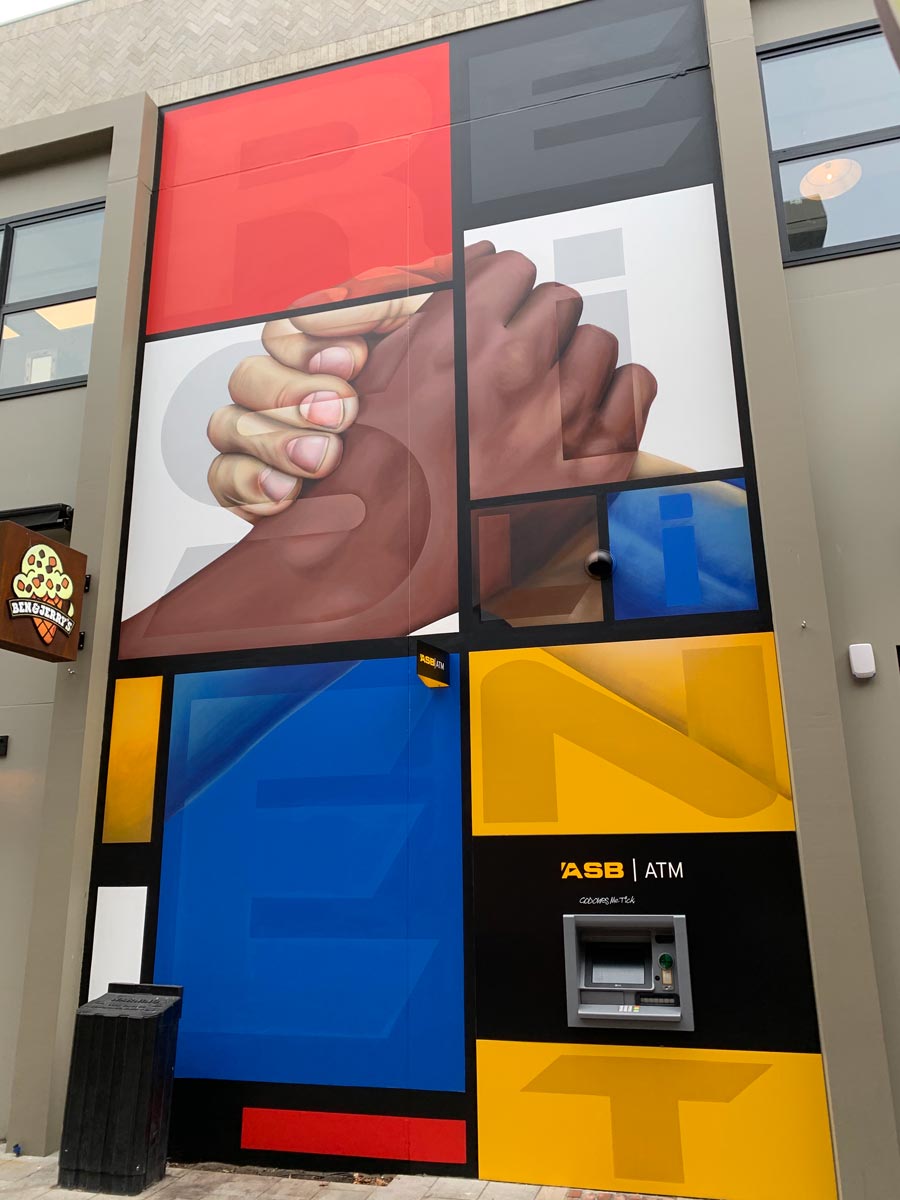 A mainstay of the DTR street art crew, Dcypher cut his teeth in Canterbury before spending a decade in Los Angeles working as a freelance artist and developing mural art for TV shows like Sons of Anarchy, Silicon Valley and NCIS.

Tell us about DTR. The DTR crew was formed back in the late ‘90s, predominantly graffiti artists who had similar ideals. It has had many members, but over time has been refined down to myself, Ikarus, Freak and Yikes, who are all still active today as artists in various capacities.

How did you come up with the name Dcypher? The name came about when I was a teenager. It’s super cliché in hindsight, but once you’ve chosen a name you kinda have to stick to it. Graffiti can be difficult to decipher to the general public so at the time it felt like a good fit.

How did you get into street art? I got into creating art at a young age but as a teenager, hanging out in the city skateboarding and tagging was a part of the culture at that time. Also my father bought me a book of 1980s subway graffiti art in New York called Subway Art. It was mind blowing at the time and still is. Once I saw that I was hooked.

What was the first bit of street art you created? Around 1998, it was a piece that said ‘infamous’ and had a character next to it. It’s possibly still there sandwiched between two buildings, due to new buildings being constructed over the years. It was pretty terrible, so I went back to the drawing board for quite a while before I really started to take it seriously.

Tell us about a piece of street art that’s inspired you. There wasn’t a lot of murals, graffiti or street art up in the beginning that was massively inspiring to me, but being a dedicated skateboarder for half my life I was heavily influenced by skateboard graphics. Although, there were a few really talented German graffiti artists that visited Christchurch in the early 2000s that definitely gave me a very different perspective of how far the art of graffiti could be developed in style and technique.

How does your process work? There are obviously different levels and forms of creating graffiti and street art legally or illegally, but from a commercial perspective the process of developing an artwork always varies from client to client. The client usually has input into the design’s outcome. I’ll create a mock-up of what the artwork will look like for the proposed wall, that's it in a nutshell. I won't go into the unsanctioned side of things, although that is a huge part of my development and freedom as an artist over the years.

Talk us through the piece you’ve done in Christchurch that you love the most. The latest piece that DTR painted as a crew in the South Frame would be my favourite wall this year. It’s a timeline that depicts the development of graffiti and street art with mainstream technologies collaged with pop culture references and influences of the last four decades as markers of time and progression.

Morning coffee? The closest one to where I’m working. I’m not a loyal coffee shop kinda guy.

Hit of creative inspiration? I would have to say the city itself is where I draw a lot of my creativity from. It’s an extremely active city as far as murals, street art and graffiti go. I see cities as huge, constantly evolving, collaborative artworks.