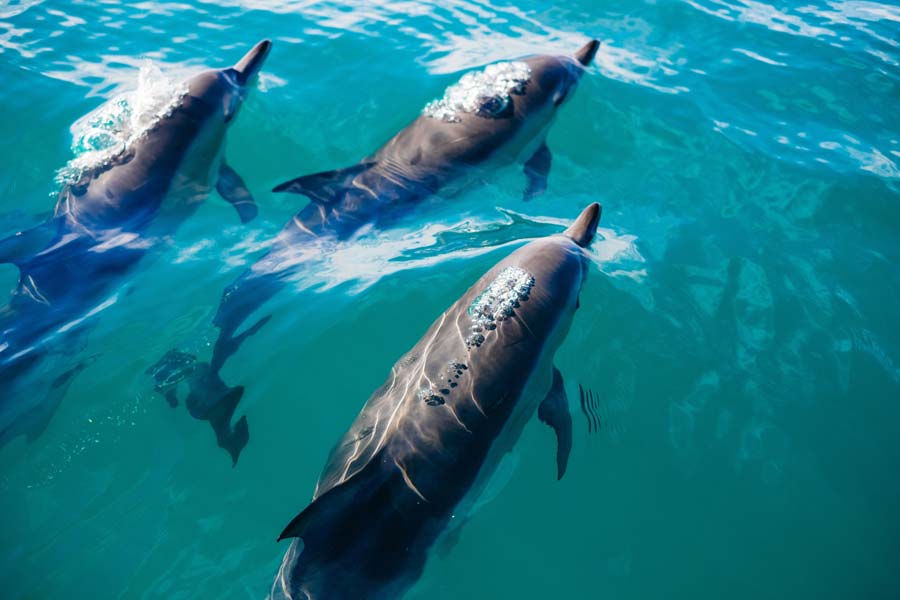 Since the arrival of humans in New Zealand, habitat disturbance, hunting and introduced predators have taken their toll, and many species are now endangered. However, major conservation initiatives are in place to restore native wildlife.

Many innovative rescue programmes are accessible to the public throughout the country, and they make for great wildlife encounters. Visitors can, for example, visit predator-free sanctuaries such as ZEALANDIA in Wellington, or gain an entry permit to reserves such as Kapiti and Tiritiri Matangi Islands. If you would like to glimpse kiwi foraging, you can visit a nocturnal kiwi house or take a night-time tour in a kiwi sanctuary. On Stewart Island you might even spot them in the wild!

New Zealand is a great destination for bird watching and ‘twitching’. Visiting a bird colony or taking a guided tour to see birds in the wild is a must-do activity, even for those who aren’t dedicated bird watchers. Notable bird-watching destinations are Kaikoura, where seabirds including albatrosses can be spotted feeding offshore, Cape Kidnappers in Hawke’s Bay, famous for its Gannet colony, the Royal Albatross colony on Otago Peninsula, and the Little Blue Penguin colony in Oamaru.

Marine wildlife is another drawcard for wildlife enthusiasts. Marine reserves dot the coastline, and they’re a good place to go snorkelling. At Goat Island Marine Reserve, north of Auckland, you’ll quickly find yourself surrounded by shoals of fish. Rent a snorkel and mask and marvel at the underwater life. There are also places around New Zealand where you can swim with dolphins, such as the Bay of Plenty, Bay of Islands and Akaroa. Fur seals are common, and in parts of the country you can go sea kayaking to see them up close. Another well-known wildlife encounter is whale watching. The Kaikoura coast offers the perfect environment for whales, and this makes it a great place to take a whale-watching boat cruise.