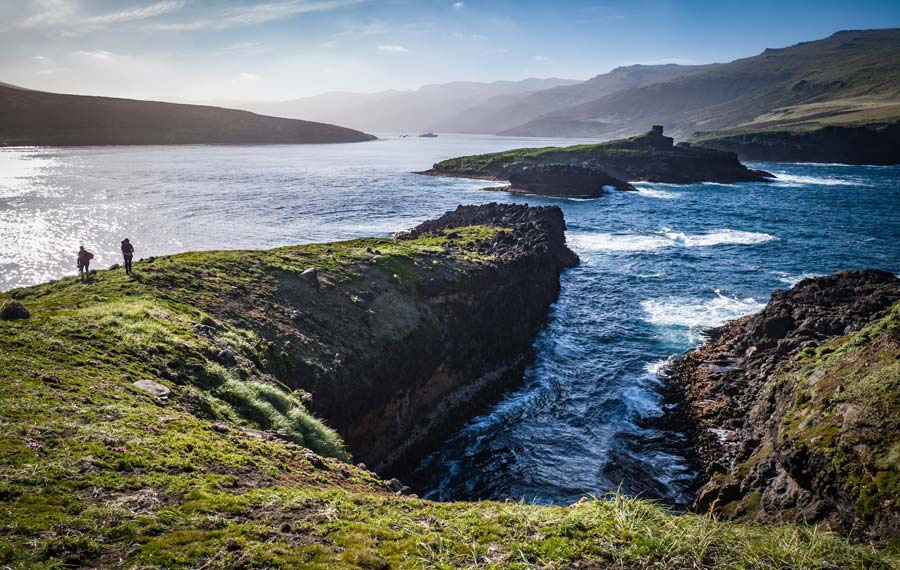 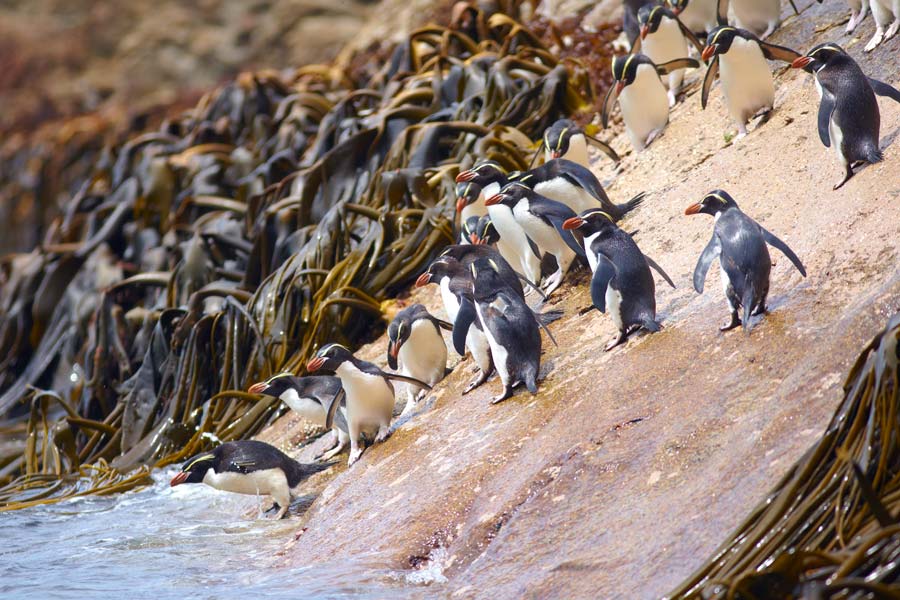 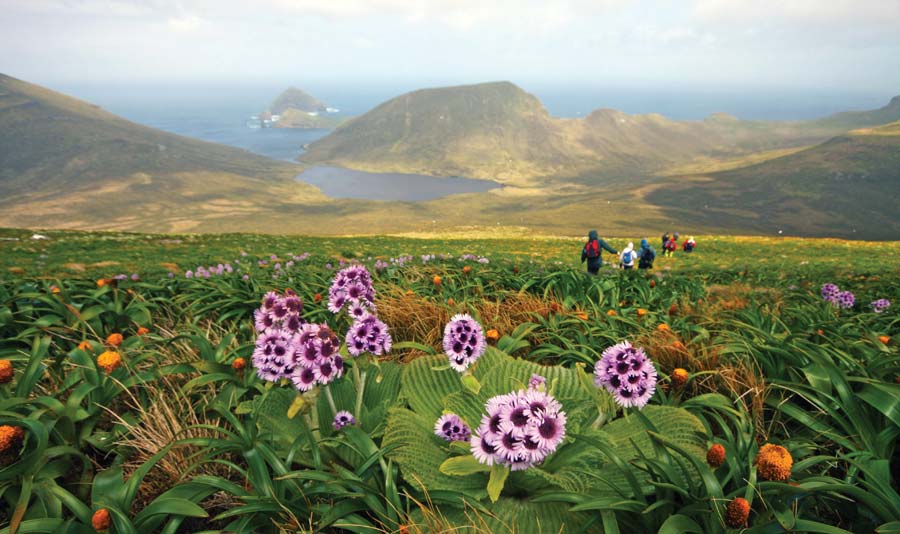 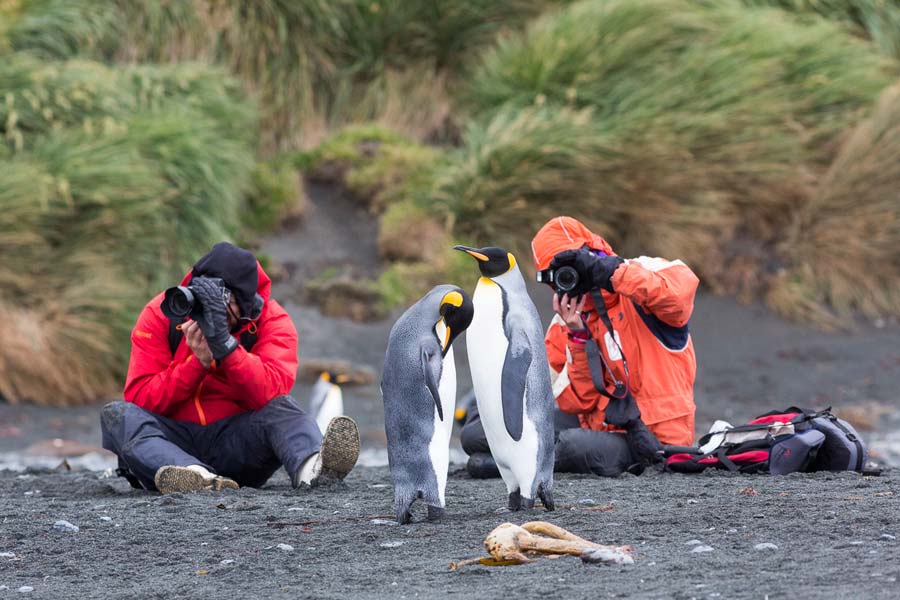 Expand the 'travel local' mantra slightly and scratch your travel itch in the Subantarctic Islands.

Your passport might be gathering dust, but your much needed vacay to remote, unexplored and exotic locations needn’t be off the cards this summer. You'll just need to head further afield to open up an otherworldly adventure in furthest reaches of New Zealand’s backyard. Remote, rugged and UNESCO World Heritage listed, the Subantarctic Islands are internationally-renowned wildlife havens and just an expedition cruise away. Nesting albatross, sea lion pups and affectionate weaners(!), thousands of penguins and supersized alien flowers combine to offer an experience straight out of a David Attenborough doco, and an escape so complete you’ll feel like you’re not only in another country, but often on another planet. What’s more, they’re all part of New Zealand (mostly).

Once all but destroyed by livestock, Enderby Island, a (not-surprisingly) failed cattle farm, has been successfully reclaimed by nature following Department of Conservation intervention. Nationally-endangered hoiho (yellow-eyed penguins) flourish here, and you can enjoy front row seats watching life and near-death play out at a Hooker’s sea lion breeding colony on Sandy Bay – complete with super cute new-born pups. Explore flame-tipped rata forests and marvel at crazy UFO-shaped clouds. On neighbouring namesake Auckland Island, hike 200 metres up South West Cape and take in the flurry of avian activity below at the white-capped albatross colony. As an added bonus for your effort, the views over Carnley Harbour are the definition of jaw-dropping. Bragging rights: Zodiac cruising through a natural arch into a surreal, wave-worn open-topped cathedral where crystalline blue water meets colourful, marbled stone walls crowned with cascading lush vegetation at Musgrave Inlet is as breathtaking as any man-made attraction you’ll find in Europe.

Closest to the mainland, this imposing clutch of inhospitable ancient fractured granite islands are home to 2.7 million pairs of nesting seabirds, including some 60,000 endemic Snares crested penguins. Not impressed? You will be when you’re Zodiac cruising along their jagged towering cliffs, complete with Hooker’s sea lion escorts, spotting nesting Buller’s albatross and exploring sea caves as New Zealand fur seals lazily watch you pass from the comfort of their rocky recliners. Bragging rights: Two words – penguin slide. Watching thousands of plucky, and often clumsy, Snares crested penguins navigate this treacherously-steep thoroughfare in and out of the water is endlessly fascinating – and filled with some seriously comical moments.

This Subantarctic fave won’t so much steal your heart as it will effortlessly snatch it still beating, Indiana Jones-style, from your chest. If wading waist-deep through the gigantic alien flowers known as ‘megaherbs’ and described by botanist Sir Joseph Dalton Hooker as a “floral display second to none outside the tropics” doesn’t get you, the seriously scenic and wildlife-filled walks along towering cliffs to hang out with southern royal albatross will. Pro tip: sea lions have right of way on walkways. Bragging rights: An afternoon at the southern royal albatross colony gaping at nesting couples affectionately grooming, rowdy juveniles engaged in the raucous dating game known as ‘gamming’ and the landing-and-takeoff chaos of a pre-Covid airport will have your spirits soaring alongside these majestic masters of flight. FYI – your tolerance for people casually discarding plastics and potentially harming your new besties will be forever dangerously low.

The pavlova and Crowded House of the Subantarctics, Australia has staked its claim on this geographically New Zealand island too. The only place in the world where royal penguins breed, you’ll never forget visiting this raucous ‘Penguin City’ or Zodiac cruising one of the world’s largest penguin populations. It’s standing room only for the hundreds of thousands of regal king penguins, nesting defiantly around the ruins of Joseph Hatch’s animal-oil-extracting digesters that decimated the local elephant seal and penguin populations. Take in the aquatic ballet of these script-flipping birds as they crowd your Zodiac to check you out checking them out. The wildlife here is fearless. Sit down and penguins will waddle over and give you a cheeky peck while ridiculously cute weaners (older elephant seal pups) will caterpillar over and try to climb on top of you while you’re busy trying to compute how the hell they turn into the flatulent, blubbery huddles jousting in front of you. Bragging rights: Your ‘weaner lap dance’ story will never get old.

Looking for something a little closer to home?

Heritage Expeditions also offers authentic expedition cruises to some of New Zealand's most remote and iconic locations, many only accessible by expedition ship. Experience the time-forgotten rawness of Rakiura (Stewart Island) and explore the primordial majesty of Fiordland's remote coves on the Unseen Fiordland and Stewart Island voyage.