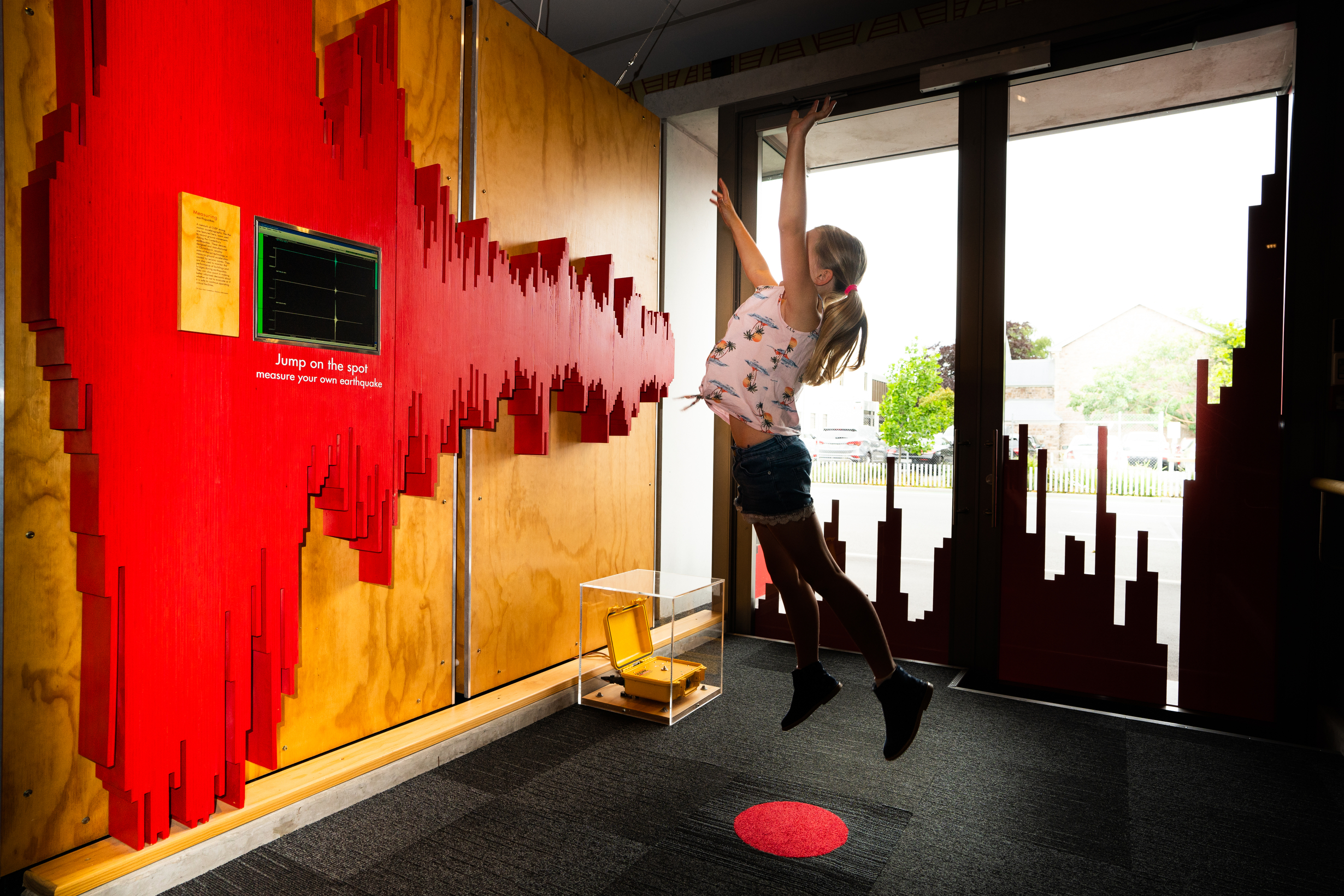 Quake City tells stories of heroism, hope and loss from the Canterbury earthquakes – the devastating series of seismic events that rocked the region in 2010 and 2011.

Buildings collapsed, roads ruptured and properties were buried under liquefaction – silt and sand that bubbled up from beneath the earth in the shaking. 185 people were killed and several thousand injured in the most devastating shake on 22 February 2011.

At Quake City, a special exhibition by Canterbury Museum, visitors will hear first-hand accounts of the earthquakes and see the extraordinary responses of emergency services, international rescue teams and thousands of volunteers. Displays highlight what life was like for Canterbury residents in the aftermath of the earthquakes, when access to power, clean water and sanitation became complicated. Hands-on exhibits explain the science behind earthquakes, and the causes and impacts of liquefaction.

A visit to Quake City is essential for visitors who want to understand Christchurch today. Adults $20, Children $8, Concession $16. Children under 15 free with an adult.