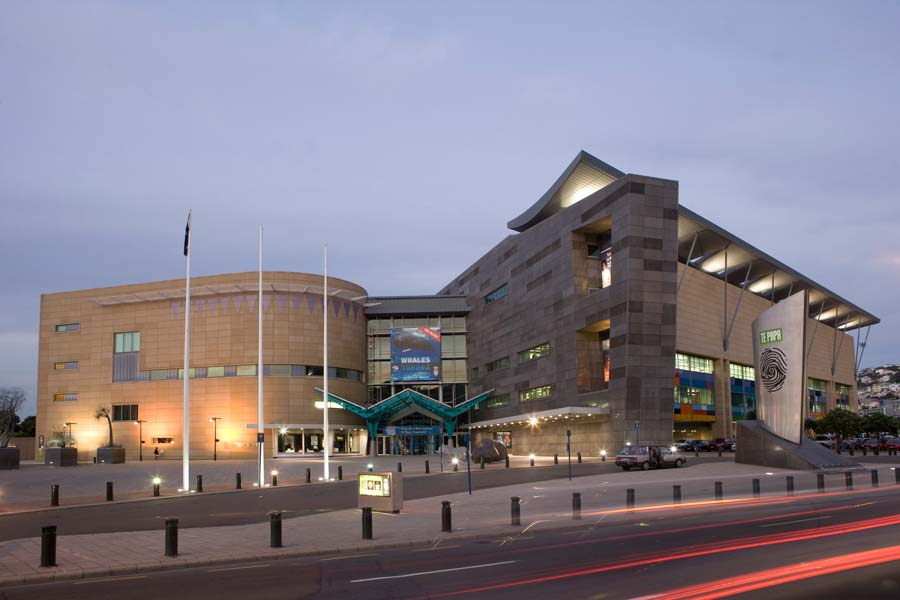 Travel back in time and unearth ancient traditions and rich heritage on your journey through Aotearoa.

Museums New Zealand’s museums exhibit an array of collections and many offer clever interactive displays. Te Papa, New Zealand’s national museum in Wellington, takes museum-going to another level with simulators and rides. Auckland Museum is known for its Māori artefacts, while Otago Museum focuses on South Island history. You’ll find specialist museums dedicated to everything from cars and planes to toys and fashion. Meanwhile, history comes alive at recreated pioneer towns like Shantytown, near Greymouth.

Heritage Trails Combine exploring the past with discovering natural New Zealand! Heritage trails can be found in cities and rural areas and they can be included as part of a tour or self-guided (brochures available at i-SITE visitor information centres). Renowned heritage trails include Napier’s Art Deco Walk, Dunedin’s Heritage Walks, Wellington’s Old Shoreline Heritage Trail, the Otago Goldfields Heritage Trail and the Vanished World Trail in Waitaki.

Heritage Sites New Zealand’s most important heritage site is the Waitangi Treaty Grounds, but around the country are war memorials and Māori pa sites. Visit gold-mining towns like the Arrowtown Chinese Settlement and the ghost towns of Macetown and Bendigo in Otago, or once-bustling coal-mining towns like Denniston on the South Island’s West Coast.

Historic Buildings Historic buildings are all over New Zealand, but the Art Deco buildings of Napier and Oamaru’s whitestone architecture are highlights. Auckland has grand old homes, while Wellington has the nation’s oldest suburb (Thorndon) and the world's largest wooden office building, the 1876 Government Buildings. Dunedin’s historic gems such as Larnach Castle and the Dunedin Railway Station (reputed to be New Zealand’s most photographed building) are not to be missed. Christchurch has long been noted for its Gothic revival stone buildings but many were damaged in the earthquakes of 2010 and 2011. It remains to be seen how many will be rebuilt; in the meantime, visiting Christchurch is an opportunity to witness history in the making.

Cultural Encounters Travel back in time hundreds of years in the course of an afternoon or evening! Engaging ceremonial rituals, re-enactments of history, powerful performance art and traditional Māori feasts offer you a unique insight into long-ago times! For more on cultural experiences, see Māori Culture.

History & Culture Around the Country

Waitangi National Trust [Northland] Site of the initial Treaty of Waitangi signing in 1840.
Russell [Northland] Russell was once a disreputable whaling town known as the ‘hell-hole of the Pacific’, and Whangamumu Harbour provides evidence of the area’s history.
Auckland Museum [Auckland] Extensive collection of historic treasures.
Rotorua Many Māori myths and legends originate from this area, which also boasts geothermal activity and original bath houses.
Poverty Bay [Eastland] Site of Captain Cook’s first landing; the first European to set foot on New Zealand soil landed on 7 October 1769.
Napier [Hawke’s Bay] In 1931, Napier was destroyed by an earthquake and was subsequently rebuilt in the distinctive Art Deco style.
Kaikoura Remnants of early Māori and European settlement, including whaling relics.
Canterbury Museum [Canterbury] Outstanding Māori exhibits and rich collections in a historic neo-Gothic building of its own.
Oamaru [Waitaki] Whitestone heritage buildings make this town one of New Zealand’s best 19th Century streetscapes.
Dunedin [Otago] One of the best preserved Victorian and Edwardian cities in the Southern Hemisphere; dubbed the Edinburgh of New Zealand.
Skippers Canyon [Queenstown] The Shotover River was one of the world’s richest gold-bearing rivers. Today it offers a wealth of history.
Arrowtown [Queenstown] Explore what remains of the Chinese Gold Rush in a partially restored 1870s Chinese settlement.