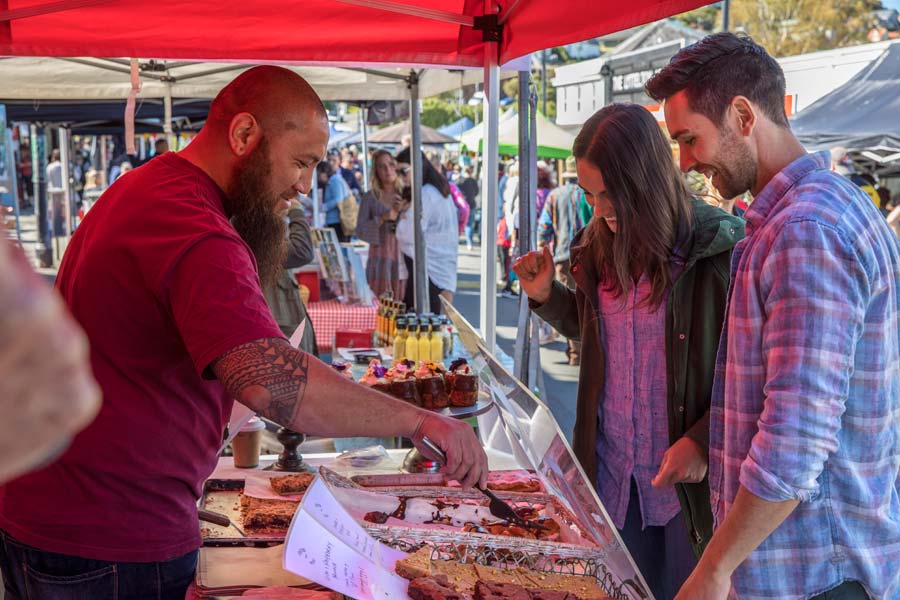 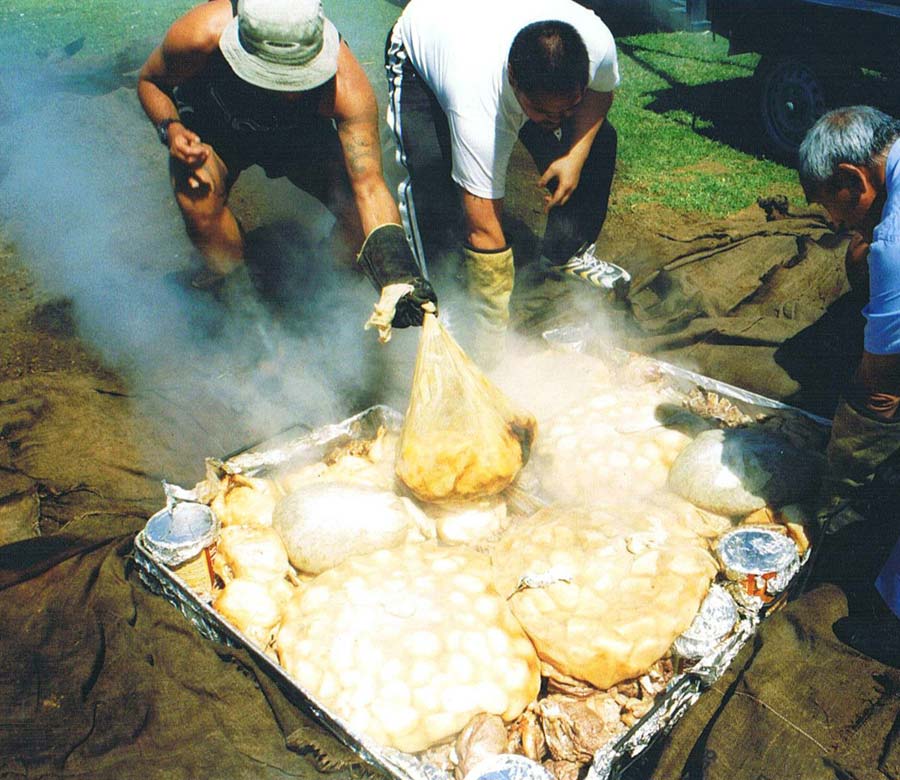 An abundance of high-quality fresh produce makes New Zealand cuisine sensational. Beef and lamb NZ Beef + Lamb are of the highest quality and exported around the world. Cheeses The abundance of wonderful dairy products includes renowned local blue cheeses. Crayfish Also known as rock lobster, delicious crayfish are harvested in coastal waters around NZ. Gourmet oils The local olive and avocado oils are fresh, tasty and herbaceous. Green lipped mussels These New Zealand native shellfish are farmed in the waters of the Marlborough Sounds, The Coromandel and Stewart Island. Hāngi Traditional Māori cooking method, slowly steaming food in an underground oven. Hokey Pokey Ice Cream Creamy ice cream with crunchy pieces of toffee is a national favourite. Honey Mānuka honey is produced from a native flowering shrub known for its health benefits. King salmon Fresh salmon is farmed in the Marlborough Sounds and the Mackenzie Basin, off Stewart Island and the South Island’s east coast. Kiwifruit A popular, succulent green-fleshed fruit with a furry brown skin that thrives in warmer parts of the country, most famously in the Bay of Plenty. Kumara This traditional Māori sweet potato is a Kiwi favourite that may be served roasted, mashed or as chips. Lemon & Paeroa (L&P) NZ sparkling soft drink originating from the small North Island town of Paeroa. Oysters Southland’s Bluff oysters are renowned. There’s a festival every year to celebrate the season’s start. Pacific and rock oysters grow in the north. Whitebait These tiny minnow-like fish are a delicacy and cooked as a fritter, fried in batter. They’re famously abundant on the West Coast of the South Island.

Kumara (sweet potato) is the staple of Sunday roast dinners in many New Zealand homes and is found in every supermarket, but in recent years the rise of Māori chefs in local and international restaurant kitchens has seen traditional Māori foods such as Harore (mushrooms), Puha (a thistle), Pikopiko (fiddle-head fern), Horopito and Kawakawa (different types of pepper tree) start to adorn New Zealand plates. Chef Charles Pipi Tukukino Royal has championed the cause of Māori bush ingredients in contemporary cooking. With a background as a chef in the New Zealand Army and a stint in Air New Zealand’s kitchen, Charles uses his extensive knowledge for specialist events and food tours into the New Zealand bush and along the coastline. When it comes to seafood, kina (sea urchins) and shellfish, such as pāua (abalone) and pipi are delicacies widely collected by Māori.

Multicultural influences and a wide variety of ingredients to draw on make New Zealand a natural home for fusion cooking. Blending flavours from around the Pacific Rim, this style is internationally popular, and trend-setting Kiwi chefs such as Peter Gordon have played an important role in its development.

Cooking schools can be found in all major centres and they provide an insight into culinary New Zealand. Learn how to cook national dishes, match food and wine, and find out about indigenous ingredients! Renowned schools include celebrity chefs’ cooking schools like the Ruth Pretty Cooking School just north of Wellington. Another gem is the Akaroa Cooking School on Banks Peninsula (near Christchurch).

New Zealand cuisine dishes up delicacies ranging from cheeses and seafood to premium wines. You can buy these goodies at the cellar door and direct from the grower at many places around the country – look for roadside stalls in places like Hawke’s Bay, Nelson and Kerikeri and have some cash on hand to put in the honesty box! Also look for gourmet grocery stores such as Moore Wilsons in Wellington. Farmers’ markets are another great place to buy local produce. Fill your picnic basket with gourmet foods, artisan breads, whitebait and oysters, olive and avocado oils, local blue cheeses and fruit. In the beverage department there’s home-grown wines, distilled liqueurs, fresh fruit juices and organic craft beers.

A hole is dug in the ground and filled with hot stones. Baskets of vegetables and meat are placed on top and covered with earth to cook in their own steam.