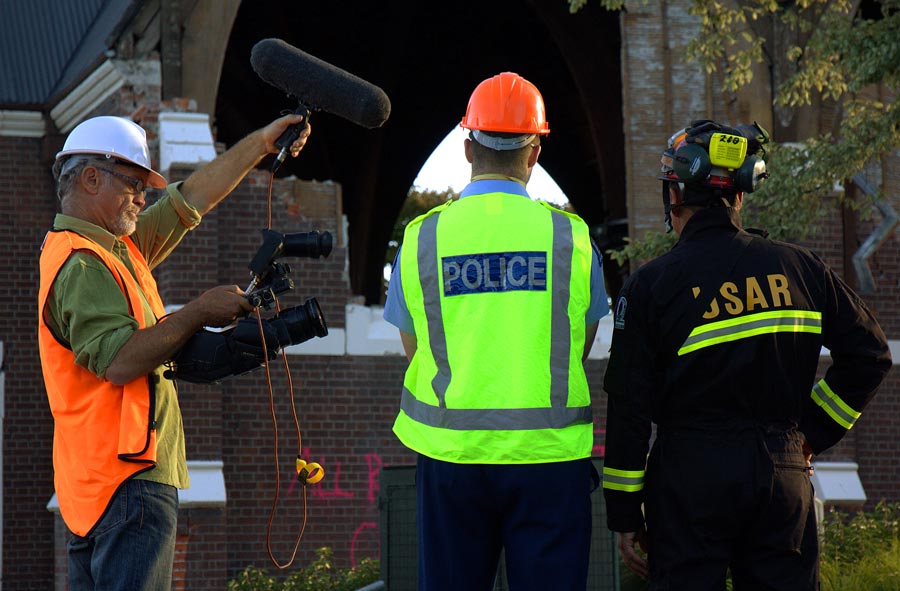 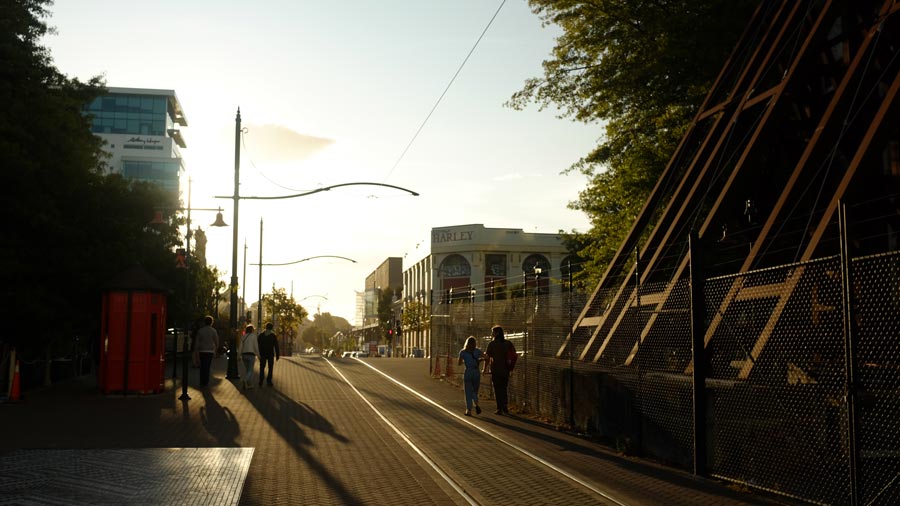 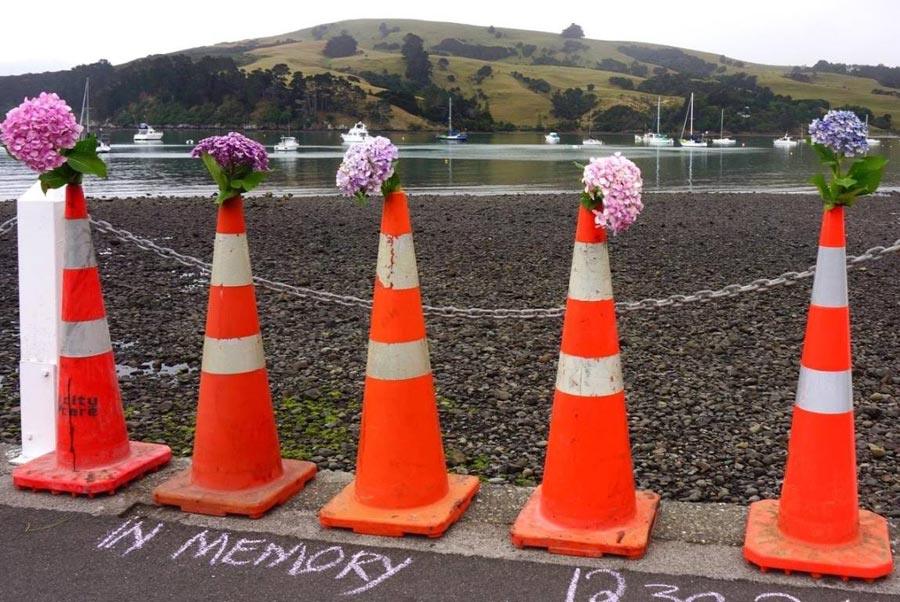 Gerard Smyth has become a chronicler of the earthquake recovery, recording hundreds of hours of historical footage and releasing two feature-length docos on Christchurch’s up-and-down decade.

When the earthquake hit on February 22, 2011, Gerard Smyth grabbed his broken video camera and within 20 minutes, holding the lens in place with his thumb, began recording the central Christchurch chaos. He had been working on a documentary about what a ‘near miss’ the September earthquake was, and organically flew into the action by the seat of his pants. As a one-man crew he went where he could, when he could, to capture the important moments over the following hours, days, weeks, months and years.

Gerard grew up in Christchurch, in an Irish Catholic family with 38 first cousins spread across the economic spectrum. His father – Bernard Smyth – was a well-known local television presenter, and Gerard had a strong grounding in storytelling and an insight into the city’s people.

Storytelling would become his passion. He did stints of other things – gardening, bringing up kids, opening Volcano Café in Lyttelton – but making documentaries was never far from his heart. He’s the producer of Frank Film, a small current affairs crew which has shot scores of mini docos about South Islanders.

Gerard has also created feature-length documentaries, both in New Zealand and overseas. When a City Falls (2011) is an early chronicle of the immediate and ongoing aftermath of the Canterbury earthquake sequence; a moving story of people banding together in some of Christchurch’s darkest days.

“There have been so many stories to tell,” he says. “So much Christchurch has needed to know about where we are heading. What ideas do we need to choose from in our identity as a city? Where do we go, and who is going to lead us?”

Creating the sequel, When a City Rises, was a natural progression. Gerard has recorded hundreds of stories in the intervening decade, and has over 600 hours of footage from the earthquake recovery and rebuild. He started working on the 90-minute film around 2017, and launched it in cinemas in November 2020.

When a City Rises is a record of ten years of Christchurch’s recovery, telling two stories side by side. The first is the physical recovery of the city centre, inside the four avenues. The second is a story about our recovery as people. “Are we still the old Christchurch?” Gerard ponders. “The most English of all English cities? Or have we changed into a city of diverse and new people with new ideas?”

The answer he gives to his own question is cautiously optimistic: “We are turning into that, we are changing quickly.”

Watching the film, viewers were struck by how quickly they had forgotten things that were so normal such a short time ago: the sheer number of empty lots, the twisted structures. Gerard, too, was surprised at times by his own footage. He says there were entire interviews with people he had no recollection of speaking to. “I think we’ve all got a propensity to forget the hard stuff. We can’t live in the dark times for long. Our memories are such fickle things.”

The most surprising footage to find, he says, was the scene in which Mayor Lianne Dalziel and the Christchurch City Council approved the restoration of the Town Hall. Gerard recorded the moment from a corner of the room, then moved out to capture campaigners’ jubilance in the aftermath. “I like that spontaneous footage,” he says. “I’m most proud of that. It’s the most fun to do.”

We interview Gerard in The Herb Centre café, near his central city home, and it quickly becomes apparent from the frequent interruptions that he really is a man of the people. “You’ve been away for a while! How was it?” he asks a staff member. “Are you loving the warm weather?” he enquires of an acquaintance who comes in for a coffee. “I’m giving an interview,” he reveals to another, who stops by the table to say hi. “G’day, how’s the baby?” he asks another punter.

Gerard admits he's not a fan of the government’s recovery plan, but does claim to be a champion of Christchurch – “I fiercely don’t align myself with any political group.” Gerard believes it could take another 20 to 30 years to transition from ‘rebuild’ to the natural development of a normal, organically evolving city. But he holds out hope, saying it’s not too late to build the modern city we deserve, and that taking our time isn’t necessarily a bad thing.

“The government of the day, in the years after the earthquake, worried if things weren’t done quickly Christchurch would cease to exist,” he says. “It’s a double-edged sword. Through doing things quickly, you lose a lot of individual and diverse expression. We locked out lots of potential, but we could see the error of our ways, and find ways to allow the smaller ‘finer grain’ alongside the majorlithic structures, so many of which have ‘for lease’ signs on them.”

So what does Gerard want for the central city, if not glass-fronted contemporary steel monuments? “Thousands of children. Lots and lots of families living in the heart of the city in four-storey multi-use buildings surrounding green areas. Recreation areas in our city. Tennis courts. An urban suburb.”

Slowing down, he says, taking the government’s hands off the wheel and letting development happen at its own pace might take a similar amount of time to the oft-delayed ‘blueprint’ plan and anchor projects. And it might deliver something more to Gerard’s taste. “It would be the risk that could save the city.”

“Letting capitalism dictate how our city looks and works is obviously failing.”

He describes pre-2010 Christchurch as “A faded, gracious city of small-scale treasures.” And now: “It’s lost so much of that old stock, but there is a beauty in the rebuild city. Perhaps it’s yet to flower. Things are changing.”