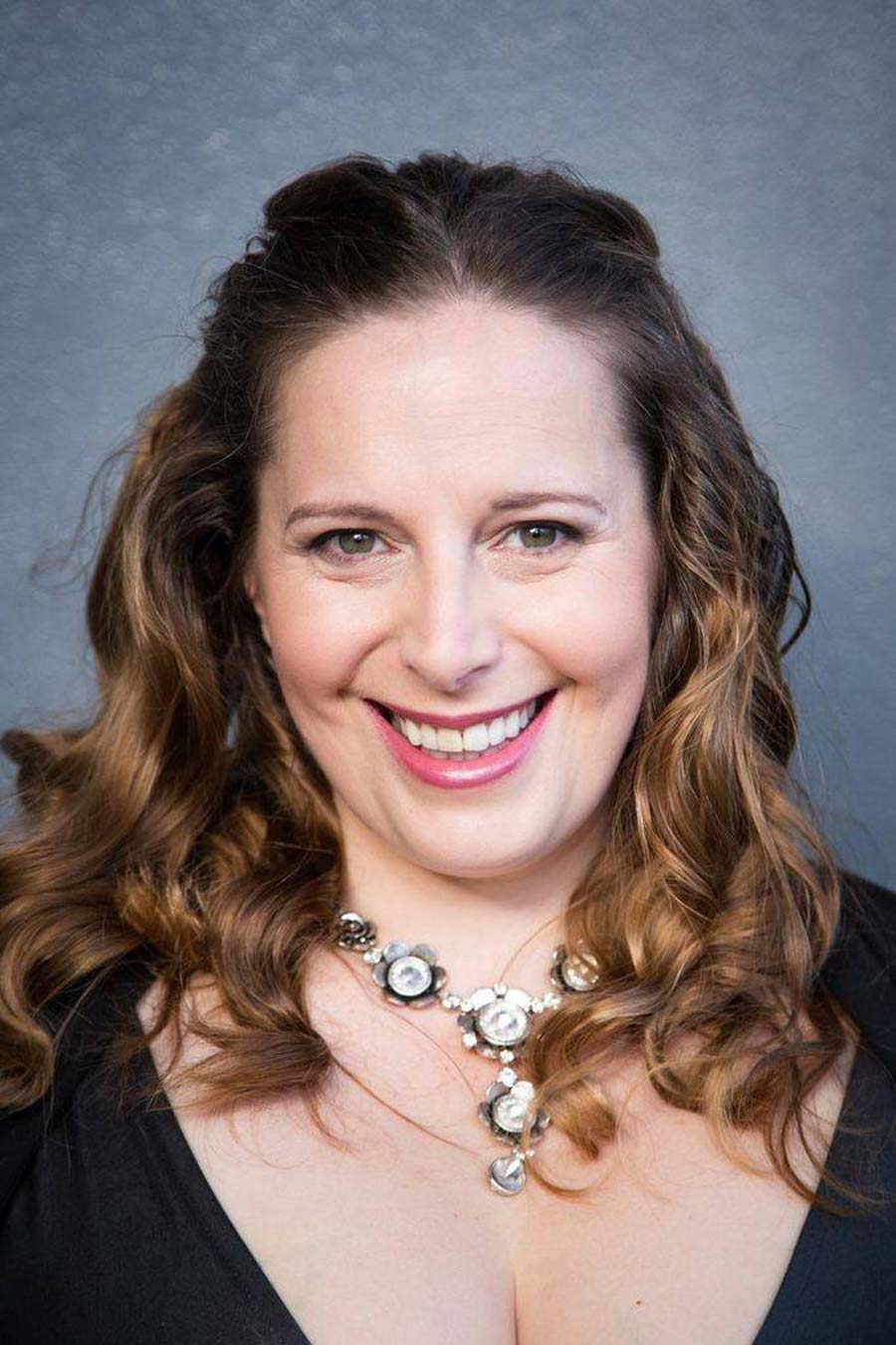 Kiwi soprano Amanda Atlas sung her way around the world before settling back in New Zealand. She talks about her upcoming performance of NZ Opera’s The Human Voice back on home soil.

You’ve performed all over the world. Where has been your favourite city to perform? The city I loved performing in the most was definitely New York. I travelled there to work as an apprentice artist not long after I finished my Masters in New Zealand, and the thrill of being in such a huge city, surrounded by incredible artists, with the opportunity to see some of the greatest singers in the world was just so stimulating and exciting. I’ll never forget my first production in NY, singing in the chorus of Cavalleria rusticana, and feeling the rush of emotion as the audience gave the ‘Easter Hymn’ a standing ovation. I just felt so lucky. I returned to NY in 2012 to sing a leading role with the company I got my start with, and it was incredible to be back in such a vibrant place.

What’s been a highlight of your career? Definitely entering from the rafters in the enormous Arts Centre Melbourne State Theatre, dangling on a swing, while the thundering Opera Australia orchestra played ‘Ride of the Valkyries’ when I performed Siegrune with OA in their 2016 Ring Cycle. Terrifying and utterly exhilarating.

What’s it like performing for a home audience? Actually, nothing is better. I’ve been lucky enough to sing on three continents, but singing in a city or country where you don’t really know anyone doesn’t hold a candle to singing to an audience where there are people who have known and supported me since I was young. To be honest I do get more nervous at home, especially when my husband is in the audience – as he’s my teacher and coach and he’s tough! But that adds to the excitement.

As well as opera, you perform musical theatre and classical concerts. How does each different medium make you feel as a performer? I knew coming home to New Zealand to live permanently would mean I wouldn’t have a full-time career singing operatic roles – there just isn’t enough work in such a small country. I can’t say I don’t miss that – singing a full role in a staged work is my favourite artistic medium; the rehearsal period really gives you an opportunity to explore the full spectrum not only of the vocal aspects of a role, but also the emotional journey that the character is on. Plus the joy of working with colleagues, staging, acting - it’s just the best. However, concert work is my bread and butter, and it provides its own joys and challenges. You don’t get as much time to live in one piece; often concerts are produced with only one or two rehearsals, and if you have to learn new music it can be stressful to get it up in a short time. What I love about concerts though is the closer connection you get to the audience: it’s not one story they are there to see, but a singer (or singers) taking them on lots of different journeys throughout the evening. I love the contrast and variety you get singing concerts. Musical theatre is just an utter joy for me. Opera is my training and has formed the backbone of my career, but I’ve loved singing musical theatre since I was little girl belting into my hairbrush. I love the freedom of singing in a slightly different technical position, I love the immediacy of performing in English, and how the emotional language of the genre makes me feel when I sing it.

What’s exciting about The Human Voice? The exciting challenge in The Human Voice is that it’s a one-woman opera. There are no other characters onstage with me. It is a one-sided monologue – a woman (Elle – which in the original French simply means ‘She’) on the telephone with her ex-lover. However, the pianist really acts as a duet partner rather than simply an accompaniment. The ‘orchestra’ represents Elle’s ex, and his replies to her, but it also represents the telephone, her emotions, her ever-changing situation as she grapples with both her reactions to the unseen man on the telephone and her decisions as to what she is going to do. I love the challenge of not only remembering my own text (essentially a 40-minute aria) but also creating his text. None of his replies are definitively given by the writer Poulenc; they are all implied by the tone and colours of the accompaniment and by Elle’s reactions. It’s an incredible challenge, but such a rewarding one.

You’ve performed this opera before overseas. What’s being done differently in the NZ Opera production? I last sang this opera in Nashville, USA, in a large 1200-seat theatre with a full orchestra. This NZO production has been stripped right down to the bare essentials: a woman, a piano, and a hotel room. The audience will be right up close and personal – no remove of a well-lit stage or an entire orchestra between us, the usual spectator experience. They will be close enough to touch. It will be confronting for the audience to be so close to someone not only singing operatically in a small space, but also someone experiencing strong emotions of pain, sorrow, anger, desperation. I imagine it will be confronting for me too, to have the audience so close.

Tell us about Elle. Elle is a woman whose entire life has revolved around her relationship with this man – a man who has now left her and moved on with someone else. She is now unmoored, almost unable to allow herself to realise her situation; the moments when she does, she is overwhelmed with pain. There is an implication in the opera that she is an actress, she talks of a friend who has been helping her, but her life has narrowed to one thing: the breakdown of her relationship with the unseen man, and her despair, depression, and sorrow. She can be charming, funny. At times we get a glimpse of what it was like when things were good between them. But the opera provides a snapshot in time – she is deeply hurt, she is trying to hide that, but ultimately she cannot.

What’s it like performing opera in a hotel room? The main thing I will be focusing on in terms of the performance space is the vocal colours and strength I will employ. Obviously the audience is very close - I won’t need to use my full Wagnerian strength to be heard – there is no distance or orchestra I need to overcome! However it is an opera, and I will really need to balance the eardrums of my audience with my need to sing the more dramatic and full-voiced sections with proper operatic technique. Much of the opera is like recitative though – lots of unaccompanied moments, lots of moments when she is very quiet – so it’ll be great to really use all my dynamic range.

What’s one thing people probably don’t know about opera? You can wear jeans to the opera if you want to! Opera can seem inaccessible. The fancy clothes, the foreign language, the stereotypical ‘fat’ lady singing in breastplate and horns. But the reality is completely different. Opera is simply a musical amplification of our common human experience. It explores love, betrayal, heartbreak and joy. The power of unamplified human voices soaring through those themes is something that everyone can be moved by.

If you weren’t doing what you are now, what would you want to be? I did consider changing careers for a while when I was working a temp job in London that I absolutely loved. I was a casework assistant for a children’s charity, assessing applications for essential household items for families in need. I really loved that job, it’s the only one I’ve ever had that I thought might pull me away from singing and music. So something charitable that makes a real difference to people that need help, that’s what I would try to do if I weren’t singing.

Tell us about your first public performance: I had to really think about this, because I started performing pretty young in school and church productions and concerts. My dad was an Anglican vicar, and I grew up singing at church – such great training! Every year at Christmas the Christmas Eve midnight service started with a soloist singing the first verse of ‘Once in Royal David’s City’, and I remember doing that when I must have been about seven.

What do you like to do when you’re in town? Nothing too unusual – I love shopping and chatting in coffee shops. Ooh, and then dinner and a movie.

If you could invite any three people living or dead to a dinner party, who would they be? I would invite Jessye Norman, my favourite soprano, for her genius and warmth. Meryl Streep as she’s been my favourite actress since I went to see The French Lieutenant’s Woman when I was way too young as it was the only movie on in Invercargill that day. And John Oliver as he never fails to makes me laugh amid all the insanity that is American politics at the moment.