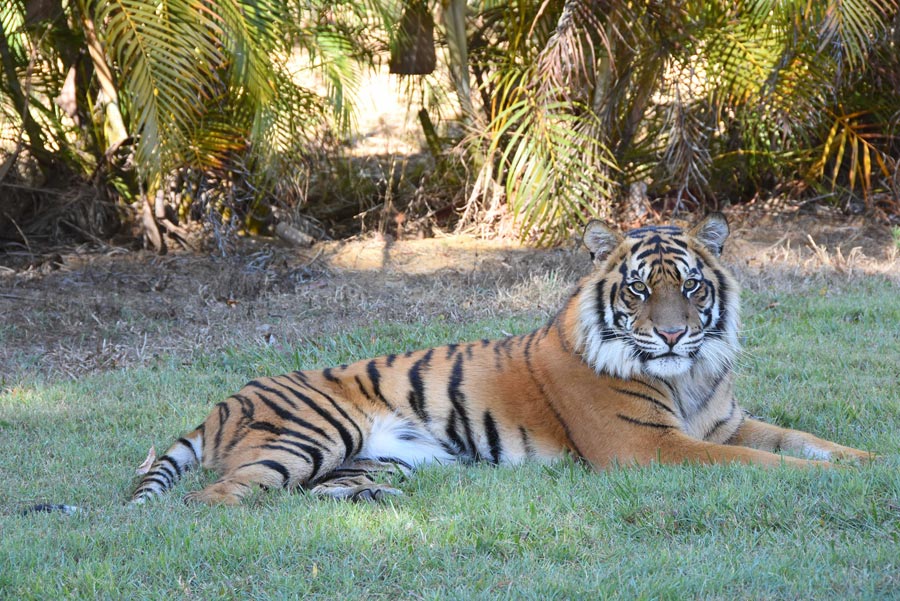 Christchurch's Orana Wildlife Park has got something very special for Christmas – two stunning Sumatran tigers, freshly arrived from Australia Zoo. Reggie and Scout are a pair of boisterous four-year-old boys and the only tigers in the South Island.

After the park’s elderly tiger, Dumai, sadly passed away in February, the team have been upgrading the tiger habitat in preparation for welcoming some new big cats. New platforms and climbing structures have been erected, and the water features have been updated for Reggie and Scout’s entertainment.

According to Orana’s Exotic Species Manager, Rachael Mason, the cats are settling in well. They are chatty and friendly, greeting their keepers with a distinctive tiger chuff, and have been seen grooming each other and cuddling together. With such positive signs that they are relaxed and comfortable, it is now time for them to explore their new outdoor surroundings. The tigers will be making their first appearance outdoors on December 22, 2020.

Orana Park in an active partner in the Zoo Aquarium Association Australasia’s breeding programme for Sumatran tigers, which number less than 500 in the wild. Reggie and Scout’s presence at the park will help raise funds for Wild Cats Conservation Alliance, while highlighting the threats to tigers in the wild and informing visitors on how addressing palm oil deforestation can help protect them.

Rachael and the team are delighted to have such a positive end to a difficult year, and are sure visitors will be thrilled to meet Reggie and Scout and learn more about these magnificent cats.

See & Do, Word on the street New Zealand is renowned as one of the world’s best whale watching destinations, and this unique wildlife encounter should be on every visitor's ...